The legacy of radio and the arts has spawned forms of radical culture, from early Modernist notions of the “Wireless Imagination” and its subsequent vernacular tongues to Acoustic Ecology’s call for “Radical Radio” based on removing the DJ, transmission and broadcast media upsets and redistributes understandings of place, corporeality, social exchange, and the politics of information. Such instances of radicality find their current expression in radio networking and streaming, which seek to counter or supplement forms of public broadcasting through creating unique forms of collectivity. In response to these current initiatives, Radio Territories seeks to open the book on radio’s historical, medial, and aesthetical status. Critical and creative essays by historians, media theorists, and radio producers, including Steve Goodman, Heidi Grundmann, Douglas Kahn, Mikkel Bolt Rasmussen, and Ellen Waterman, are coupled with artistic and activist projects, from such practitioners as Anna Friz, LIGNA, and apo33, with a view toward locating the expanding and deepening reach of radio. Presupposing an intrinsic relation between transmission and place, Radio Territories aims to examine in what ways physical and cultural geographies become both defined and unsettled by the powers of broadcast. While radio through the Modern period stitched together an electronic network by expanding outward, current radio may fulfill Marshall McLuhan’s global idea of the “extended nervous system” by networking individual lives on a cellular level. Radio is not only out there in the ether, but also totally inside, as signals that intensify the stratifications of culture” 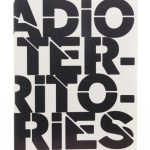