Andy Warhol. Moderna Museet, Stockholm, February-March 1968 (The Stockholm Catalogue, First Edition, 1st Printing). Stockholm: Moderna Museet, 1968. 4to. Original pictorial wrappers – IN THE ORIGINAL SLIPCASE and therefore overall extremely well preserved. The cover is printed in pink, yellow, orange, and green, lettered in black on spine. (638 pp.). Profusely illustrated with full-page black and white photographs by Billy Name and Stephen Eric Shore among others. Only upper spine has a dent, rather minor but visible – see photos. Inside clean throughout and looks in fact never opened!

The catalogue for Warhol’s first major European retrospective. Illustrated card covers, with a design after Warhol’s ‘Flowers’ silk-screen. 614 black-and-white reproductions, divided into three sections: black-and-white reproductions of Warhol’s work, followed by two sections of photographs of Warhol and his associates by Billy Name and Stephen Shore. ““As soon as the Factory opened, it became a hyperactive place. People began flocking there in droves for parties, to interview Andy, to take pictures, to make films, to become a part of it… Billy [Name] ran it like a theatre, vacuuming up after each performance and continually repainting the tinfoiling. He also became the Factory’s official recorder when Andy gave him his 35-mm camera and Billy began taking great photographs of the action, which he developed in an impromptu darkroom converted from one of the toilets. These photographs, as collected in the 1968 Moderna Muséet catalogue of Warhol’s first European retrospective in Stockholm, constitute the best visual documentary of the Silver Factory.” -Voctor Bockris, Warhol: The Biography. Warhol’s Moderna Muséet catalog “is a fine example of the catalogue-as-artist’s-book, a form that ostensibly began with the Dadaists and Surrealists, and is produced with some of the roughest reproductions ever seen, which are entirely appropriate, and supplemented by a long section of Factory snapshots by Billy Name. The genre was revitalized by the Pop movement, and Warhol in particular, which demonstrates his position as a latter-day Dadaist. The Moderna Museet publication especially had a great influence upon Japanese photography in the late 1960s and 1970s, particularly the photobooks of the Provoke era” (Parr and Badger, Vol II). Published by Moderna Muséet, Sweden, in 1968 as an exhibition catalogue for the show “Andy Warhol” at the Moderna Muséet in Stockholm, February – March, 1968 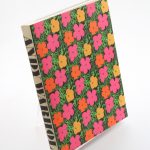