“Although seldom acknowledged, Asian art and thought have exerted important inspirational forces on the development of modern and contemporary art in the United States. The Third Mind: American Artists Contemplate Asia, 1860–1989 traces how the art, literature, and philosophical systems of “the East” became known, reconstructed, and transformed by American cultural and intellectual currents, influencing the development of new visual and conceptual languages. The exhibition and book documents how American art evolved through a process of appropriation and integration of Asian sources from the 1860s through the 1980s. The history and development of American art are presented through a fresh lens that acknowledges Asia’s enormous contribution”

“Beginning in the late 19th century, Asian perspectives were transmitted to American artists through books and articles written and translated by Western scholars and through Asian devotional art, along with more general forms of Asian cultural expression, such as garden design and Japanese prints. Some American artists were inspired by the writings, some by religious teachings and studies. Hence American artistic expression that has been influenced by Asian cultures may not “look” Eastern, but nevertheless may be in keeping with the psychological and philosophical perspectives of Asia. For this project, the term “Asia” includes South Asia (India, Pakistan, and the Himalayan kingdoms); East Asia (China, Japan, and Korea); and Southeast Asia (Cambodia, Indonesia, Laos, Myanmar, Thailand, and Vietnam). The United States has been a major Pacific power for more than a century. It colonized the Philippine islands in 1898, had important interests in the outcome of Sino-Japanese War of 1895 and the Russo-Japanese War of 1905, and sided with Chiang Kai-shek in resisting the Japanese invasion of China in the 1930s. Asia’s Pacific War escalated with Japan’s attack on Pearl Harbor on December 7, 1941. This strike against the U.S. Pacific fleet asserted Japan’s ascendancy as a military and colonial power throughout East and Southeast Asia, and pulled a reluctant United States under President Franklin Roosevelt into World War II. Four years later, the United States dropped the world’s first atomic bombs on Hiroshima and Nagasaki, and Japan’s unconditional surrender secured American power once again in the region. While the Cold War is often cast as a conflict between Soviet spheres of influence and Western Europe and North America, in fact the majority of military action took place on the Asian front. The U.S. occupation of Japan (1945–52) and postwar security pacts with Japan; its central role in the Korean War (1950–53) and subsequent long-term military presence in South Korea; and its disastrous engagement in the Vietnam War (ca. 1961–75), which engaged 2.7 million American military personnel and cost over 58,000 American lives, all attest to the enormity of Asia in the history and psyche of the American people. Asian immigrants, especially on the West Coast, also contribute to America’s character. For much of the nineteenth and early twentieth century, waves of immigrants came from China and Japan to labor in the mining, railroad, and agricultural industries of the Western frontier.
Asian influences also helped shape major artistic mo ements in the US including Abstraction, Conceptualism, Minimalism, and the neo-avant-garde as they unfolded in New York and the West Coast. This influence was not limited to visual art alone, but also affected developments in poetry, music, and dance-theater. The Asian dimension provided universal logic to the premise that art, life, and consciousness are one and the same. The Third Mind proposes a new art-historical construct, challenging the widely accepted view of the development of American modern art as a dialogue with Europe by alternatively focusing on artists’ prolonged engagement with forms and ideas aligned with Asia. The exhibition illustrates how Asian art, literature, music, and philosophical concepts were incorporated, interpreted, and mediated to inspire new modes of experiential, contemplative, process-oriented, and interactive art. The exhibition goes beyond standard accounts of the history of American modernism in which Asian influence is reduced to stylistic appropriations of Japanese forms among Impressionists, Post-Impressionists, and artists involved in the Aesthetic and Arts and Crafts movements. The project’s scope includes the impact of the classical arts of India, China, and Japan, and the systems of Hinduism, Taoism, Tantric Buddhism, and Zen Buddhism. The title of the exhibition and book, The Third Mind, is a reference to a manuscript by Beat writers William S. Burroughs and Brion Gysin, which is composed of random texts and images that the authors recombined to create a collage-like narrative that, they concluded, became something different than the sum of its two creators: 1 + 1 = 3. This idea evokes the eclectic yet purposeful method by which American artists appropriated material from Asia to create new forms, structures, and meanings in their own art.” 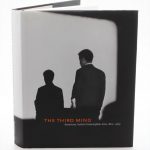