First edition. Cited in Parr and Badger , Vol 3. The” J. Street Project” is a film and photography project with depictions of streets and street signs in Germany that incorporate the word ‘Jude’ (German for ‘Jew’). Hiller found a total of 303 signs in streets, lanes, roads, avenues and alleys scattered throughout the country. The work focuses on the dissonance between these mundane, everyday signs and the memories they trigger of a genocidal history. (…)

For this factual, indexical project Hiller maintained a neutral seriality in her approach. Cumulatively, however, it becomes clear that the signs are loaded with the memory of Jewish presence in the locations, not just from modern times but from thousands of years of history. The tension between past and present (…) highlights the sense of absence and traumatic loss. The place names operate as memorials of erasure. Curator Renée Baert has written: The spectrum of dissonances in this work produces a constant oscillation – in the gaps and contradictions between the banal signs and terrible history they evoke; between their simple references and the complex associations they engender; between charming alleyways, leafy avenues, shady glens and the absence of Jewish communities amongst these Juden-pathways. Through discovering these street names distributed throughout the German landscape, Hiller has constituted at once a powerful commemoration and an unyielding interrogation. (Saidye Brofman Centre for the Arts 2006).

Hiller has written of the work: “These street names are ghosts of the past, haunting the present. The street signs in my images explicitly name what’s missing from all of the places. I hope the work will provide an opportunity or meditation not only on this incurable, traumatic absence, but also on the causes of more recent attempts to destroy minority cultures and erase their presence” 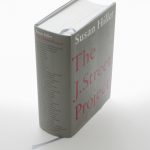