France & Søn—and its predecessor, France & Daverkosen—are among the most sought after names on the vintage market today. Numerous pieces that are still in circulation retain their original identifying labels and were designed by major midcentury Danish designers, like Hvidt & Mølgaard, Grete Jalk, Finn Juhl, Arne Vodder, and Ole Wanscher. However only very little information about the company’s history and evolution has survived and thus a rare publication like this special isssue of Mobilia with focus on the company is a unique chance to peek into the history. Most sources agree that the popular Danish manufacturing firm was founded in Denmark around 1948 by British businessman Charles W. France and Danish cabinetmaker Eric Daverkosen and from around 1952 France & Daverkosen had built a large furniture factory in Hillerød, just outside of Copenhagen. In 1957, when France’s son Julian France joined the company, the name was changed to France & Søn. Many models produced by France & Daverkosen had been named FD followed by the model number, and France & Søn continued to produce those designs under their original names while introducing new collections every year. Sometime between 1964 and 1967, Danish designer-manufacturer Poul Cadovius purchased France & Søn and renamed it CADO. Cadovius continued to produce France & Søn designs and to collaborate with an impressive roster of iconic designers, including Verner Panton, until he closed shop some time in the mid- to late-1970s. Notable designs produced over two decades by France & Søn and its related companies include the FD145 chair, Minerva sofa, and the Model 523—or Pinwheel—side table by Peter Hvidt and Orla Molgaard-Nielsen (all 1950s); the FD109, FD110 (both 1950s) and Senator chairs by Ole Wanscher (1951); the 209 Diplomat (early 1960s) and Bwana (1964) chairs by Finn Juhl; and the FD164 armchair and ottoman by Arne Vodder (1960s 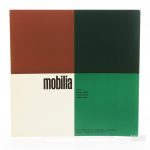