“Schifano: Pop star, rock star, ‘brilliant genius’ who counted Cy Twombly, Jean-Luc Godard and members of the Rolling Stones among his friends Mario Schifano (1934-1998) is sometimes referred to as ‘Italy’s Andy Warhol’, though the moniker tends to narrow the focus onto his Pop art. The truth is it is difficult to define Schifano by any one movement. Schifano led a colourful life, and his social circle included Cy Twombly, the French film-maker, Jean-Luc Godard and members of the Rolling Stones. (In the late 1960s, Marianne Faithfull left her then-boyfriend, Mick Jagger, for him.) A weakness for illegal drugs, meanwhile, earned Schifano six separate prison sentences. chifano brought a rock’n’roll spirit to the art world — and not just because he created and briefly managed his own group, The Stars of Mario Schifano. He drove around Rome in a Rolls Royce and had countless girlfriends, the best-known of whom was the model-cum-actress, Anita Pallenberg, later the lover of both Brian Jones and Keith Richards from the Rolling Stones. The artist’s connection to the English rockers went further than that, though: Richards and Mick Jagger gave cameo performances in a film he directed, Umano non Umano (1968); and he was even the inspiration for a Rolling Stones song, Monkey Man, on the album Let It Bleed. Schifano was also infamous for the parties he threw at his lavish Roman apartment. One exasperated neighbour, the professor Mario Praz, described him as ‘a complete savage’ who had ‘shady people come and go’, creating ‘constant noise’ and ‘riding around the apartment on bicycles’. – In the mid 1960s Praz found peace when Schifano moved for the best part of a year to New York. He shared a flat there with the poet Frank O’Hara and hung out with the likes of Andy Warhol and Jasper Johns. Schifano was one of very few Europeans to show alongside Warhol, Roy Lichtenstein and others in The New Realists, a landmark Pop art exhibition at Sidney Janis Gallery in Manhattan in 1962” 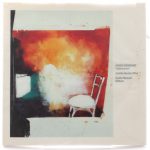