Anri Sala’s project for the French Pavilion in Venice is a play on words based on the verb to ravel and its opposite, to unravel, as well as a reference to the famous French composer Maurice Ravel, who in 1930 composed the Concerto in D for the Left Hand, which is at the heart of Anri Sala’s project. The book was conceived by Anri Sala and Christine Macel to accompany this project and contains different texts offering a variety of perspectives, including historic statements of Maurice Ravel, Paul Wittgenstein (for whom Ravel composed the concerto) and Marguerite Long (a famous pianist and friend of Ravel’s), texts taken from the novels of Alexander Waugh (a Wittgenstein specialist) and of Jean Échenoz (extracts of his novel Ravel), texts about John Cage and the anechoic chambers by Dana Samuel or about the musical technique of the left hand by Hans Brofeldt, and finally essays by Laurent Pfister (on issues of copyright and authorship), by Peter Szendy (a musicologist and philosopher) and by Christine Macel (curator of the French Pavilion). 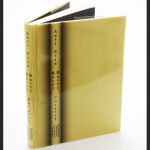